Nga Erdi Ibro Publikuar më: 11-01-2019, 10:04
The President of Republic rejected the proposal of the Prime Minister to dismiss Foreign Minister, Ditmir Bushati and appoint Gent Cakaj in his place. Currently, Cakaj holds the post of vice minister of Foreign Affairs. Mr. Meta says that Cakaj has committed a criminal offense by not obtaining a security clearance during the seven months he held the post of vice minister of Foreign Affairs. To discuss on these intensive developments of the recent hours, Albanian Free Press organized the following forum with its permanent columnists, Roland Qafoku, Eduard Zaloshnja and Frrok Çupi. In this forum, they comment Mr. Meta's decision, Mr. Rama's reaction following the presidential decision and whether the refusal to sign the nomination of the most important minister of the governing cabinet is a good reason for the head of the government to step down

What about Mr. Rama’s reaction after this refusal?

We know from other examples in world politics that such developments have obliged heads of governments to resign. Do you think that Edi Rama too should do this following the president’s rejection? 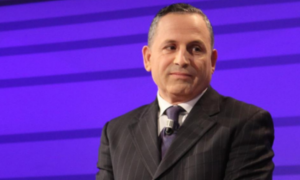 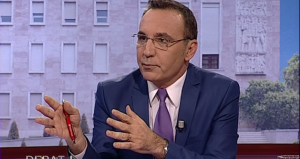 1.The issue of the security clearance is more of a pretext in this case, because there are ulterior reasons why the president did not sign the decree. It’s the person who appointed Cakaj vice minister of Foreign Affairs and allowed him to remain in office without a security clearance, the one should be held accountable for this.

2.Rama’s reaction is amateur like. He regards Meta’s decision to be anti-constitutional, without providing any arguments for this. He considers the decision taken by the President of Republic as disgraceful, while he holds the position of Prime Minister. This used to happen in the ‘60s in African countries.

3.We know from other examples in world politics that such developments have obliged heads of governments to resign. Do you think that Edi Rama too should do this following the president’s rejection?

In fact, cases such as this one rarely happen. A few months ago, the Italian president did not decree the nomination of the Minister of Economy, despite the fact that he met all constitutional requirements. The Italian president argued his decision with the country’s financial stability. Therefore, the Prime Minister decided to nominate someone else in this post.

1.Meta’s decision is very personal, inspired by personal grudges and amateur like. He has penalized an individual (Cakaj) about his opinions expressed in the form of ideas and not in the form of state acts. A minister and a president also have personal opinions, however, they must comply with the state rules. Is it not true that Meta has given Rama all sorts of names in the past, and yet he was elected president by him? Meta showed that that we’re not living in a democratic system and that Enver Hoxha is still a president.

2.I found Rama’s reaction to be a little nervous, but his vocabulary hadn’t changed. I think that his answer was accurate and profound.